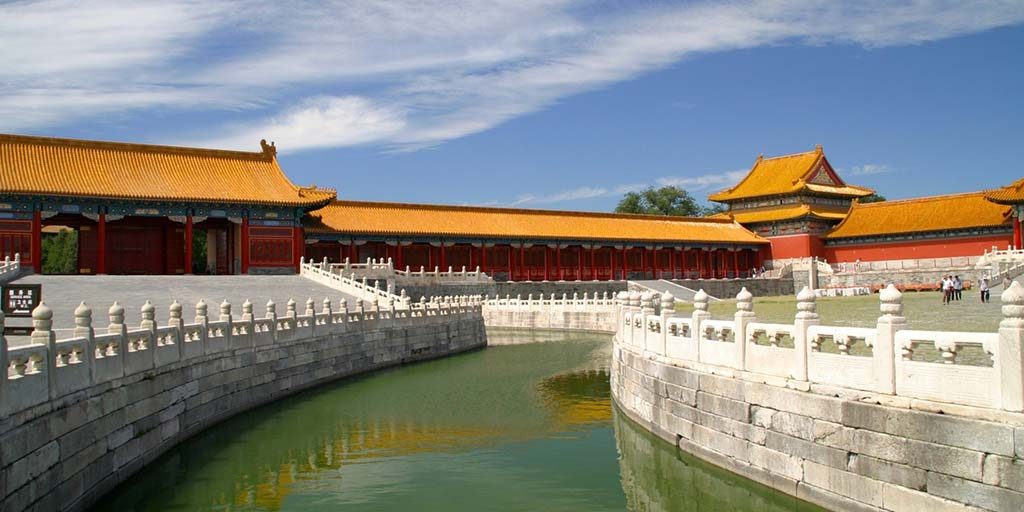 What are the best places to visit in Beijing? If you ask this question to local Beijingers, you might get many different answers. That’s probably because there’re many places in Beijing worth visiting. Which ones are the best to visit? Let’s try our best to give you our answer.

Beijing is the capital of China with an abundance of historical and cultural heritage. It has been the political, cultural and economic center of china since the yuan Dynasty. Beijing is the host of the 2008 Olympic games and has been developing at a very fast speed. For many first-time travelers to China, Beijing is their first choice.

With so much to offer, it might be hard to decide what to do and which places to visit in this exciting city. Here’s our list of top 10 Beijing attractions:

10 Best Places to Visit in Beijing

1. The Great Wall of China: 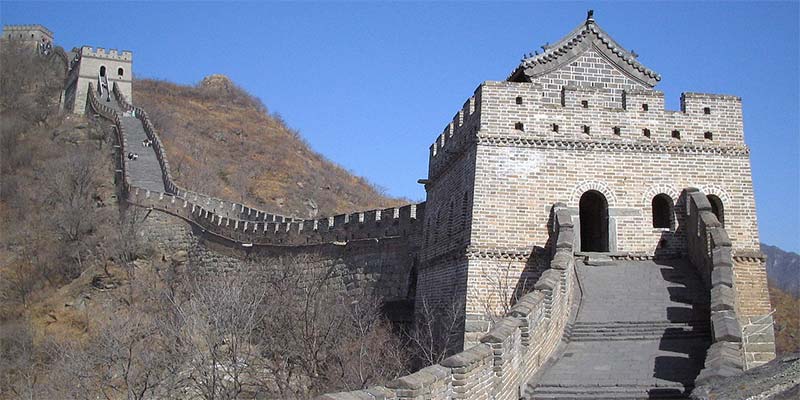 The Great Wall of China is probably the No. 1 attraction in Beijing, or even in China. There’s no doubt that it’s one of the best places to visit in Beijing. Originally built more than 2000 years ago to prevent invasions from foreign countries, the Great Wall is one of the New Seven Wonders of the World. Note that it’s located outside of central Beijing and you need to plan your trip beforehand to make sure you have enough time and good transportation. 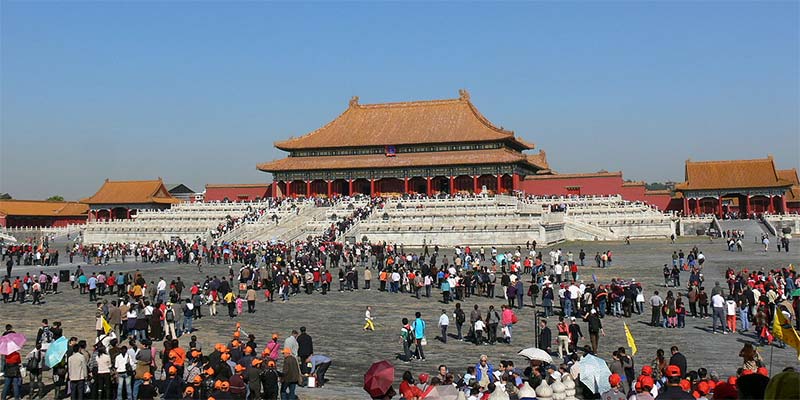 As the home of 24 emperors of the Ming dynasty and the Qing dynasty, the forbidden city is the largest ancient architect in the whole world. Located in the heart of Beijing, it now houses the Palace Museum. Most Chinese people call it Gu Gong (The Ancient Palace). The Forbidden City is one of the best places to visit in Beijing. It’s a huge place. Give yourself enough time for visiting it. 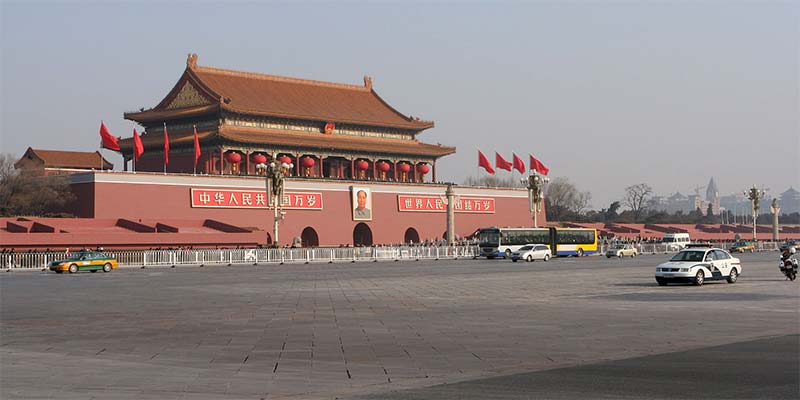 The Tian’anmen Square is a huge city square located in the center of Beijing. Its name comes from the Tian’anmen (“Gate of Heavenly Peace”) to its north. It’s to the south of the Forbidden city and contains famous buildings such as the Great Hall of the People, The National Museum of China etc. Built 600 years ago during the Ming dynasty, it’s one of the most famous city squares in the whole world and no doubt one of the best places to visit in Beijing. 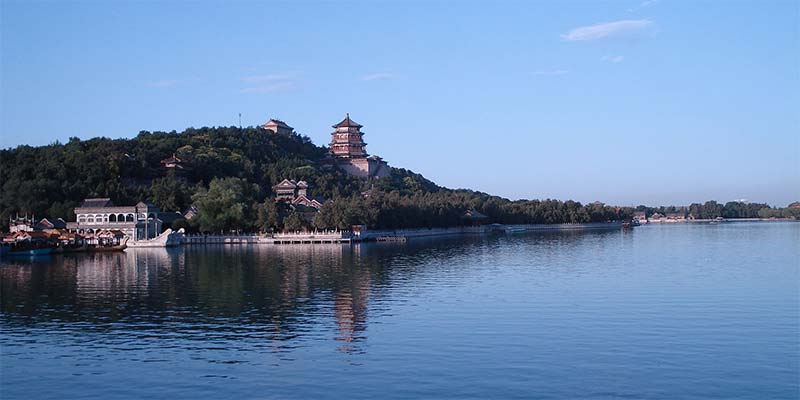 The Summer Palace is a well-preserved royal park located in the northwest part of Beijing. It was built over 200 years ago and used to be the residence of the royal members in the Qing dynasty. As one of the best places to visit in Beijing, the Summer Palace is a good place to see traditional Chinese gardens and to appreciate the beauty of Chinese artificial landscapes. 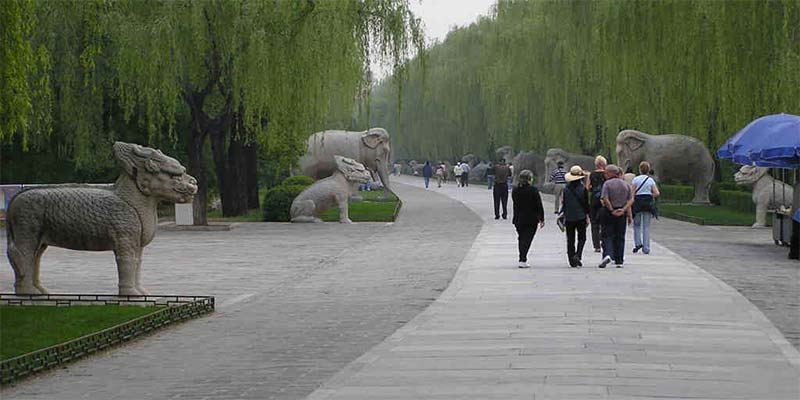 The Ming Tombs are located 50 kilometers northwest of Beijing and are a collection of mausoleums originally built in the Ming dynasty. As a great representative of the ancient Chinese mausoleums as well as traditional Chinese culture, the Ming Tombs are one of the best places to visit in Beijing. Since it’s not in the city of Beijing, you should make sure you have enough time and good transportation for visiting it.

6. The Temple of Heaven: 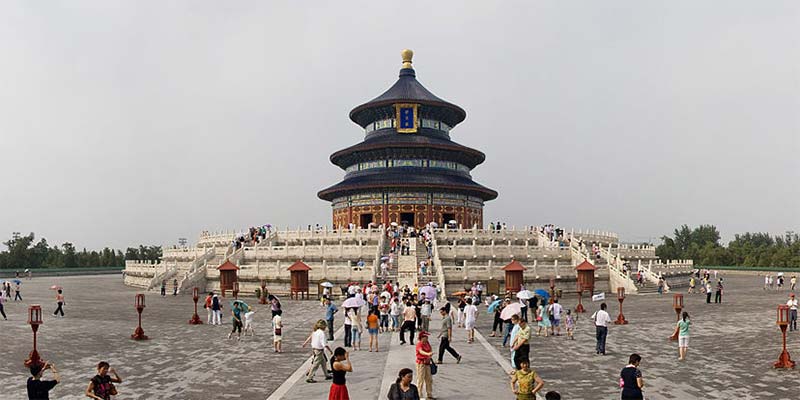 Located in the southeastern part of central Beijing, The Template of Heaven is a medieval complex of religious buildings. It was constructed around 600 years ago as an imperial sacrificial altar. Its layout symbolizes the relationship between earth and heaven and also the special role played by the emperors within this relationship. Considered by many tourists and locals as one of the best places to visit in Beijing, the Template of Heave covers a huge area and is even larger than the Forbidden City.

7. The Hutongs and Courtyards: 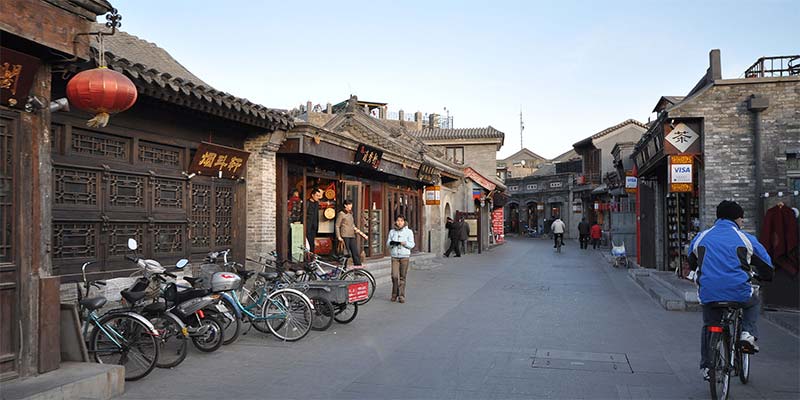 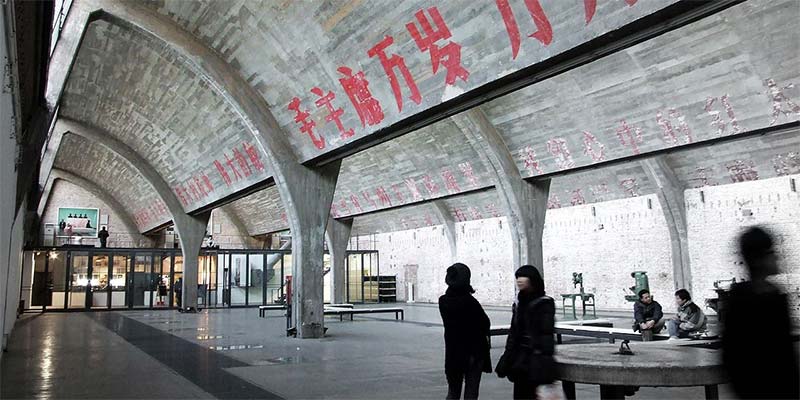 Located in the northeast part of Beijing, the 798 Art Zone was named after the 798 Factory, which was built in the 1950s and no longer in business today. Today the 798 Art Zone has become a landmark of urban culture, featuring art exhibitions, art galleries, and boutique shops. Walking in this area, you can see many old buildings and even propaganda signs left from the old days. At the same time, you will encounter pop arts, wired sculptures, and graffiti that look very contemporary and avant-garde. In this respect, the 798 Art Zone is a mixture of the old and the new, as well as a combination of industrial settings and art scenes. Many people think it’s one of the best places to visit in Beijing. 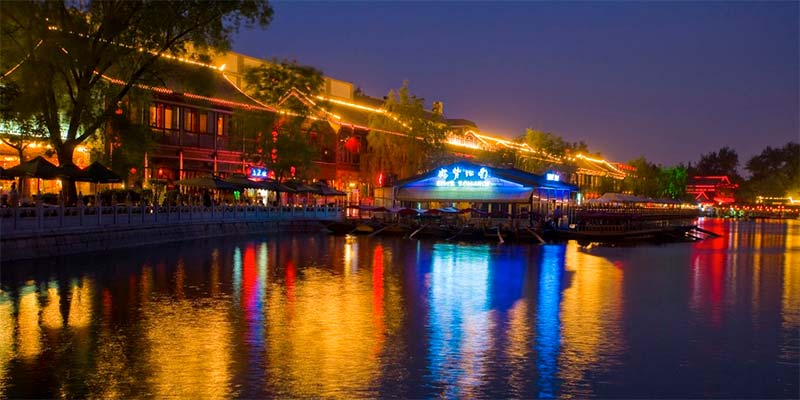 Houhai is near the center of Beijing. Its name roughly means “Rear Lake” in Chinese and it refers to a lake and its surrounding neighborhood, where you can see Hutongs, Courtyards, and many bars. This area is usually quite crowded after dark, where people come here to visit bars and restaurants. However, you can also take a walk around the lake to feel the atmosphere and even visit the Hutongs in this area, which are quite and peaceful most of the time. 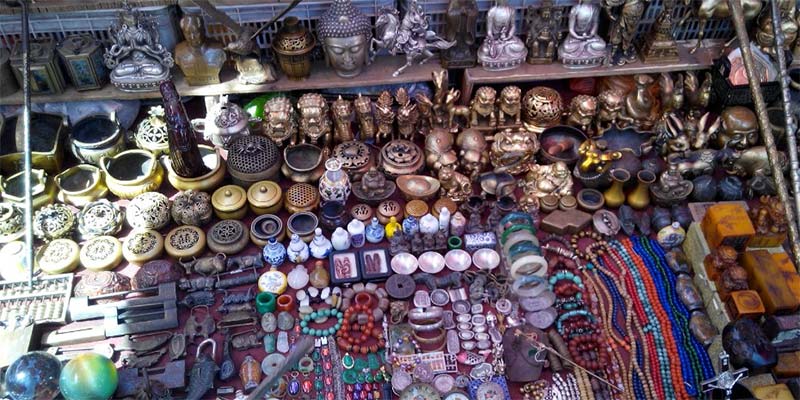 At the Panjiayuan Flea Market, you can find anything on sale, including ceramics, furniture, calligraphy, Cultural Revolution posters and much more. Be aware that many of the items are knock-offs and you should use your own judgment if the price sounds too good to be true. Also, make sure you compare prices and bargain with the vendors because some of them might initially ask for a price far more expensive than their bottom lines.

Traffic jams occur in Beijing every day. If you have to arrange transportation by yourself, try your best to avoid taking a taxi or bus in the downtown area during rush hours. You can try the subway or even consider walking instead.

Also, you should know that many foreign websites, such as Google, Facebook, and Twitter etc. are not accessible from China. You won’t be able to post your awesome selfie to Facebook while standing on the Great Wall of China. If you want to do so, consider signing up for a VPN service that’s working well in China before your trip.

Beijing is a city that’s definitely worth visiting. Knowing what places to visit is very important for your trip. Consider our recommendation for top Beijing attractions and plan ahead before your trip starts.

Have a nice trip!

One thought on “Best Places to Visit in Beijing”